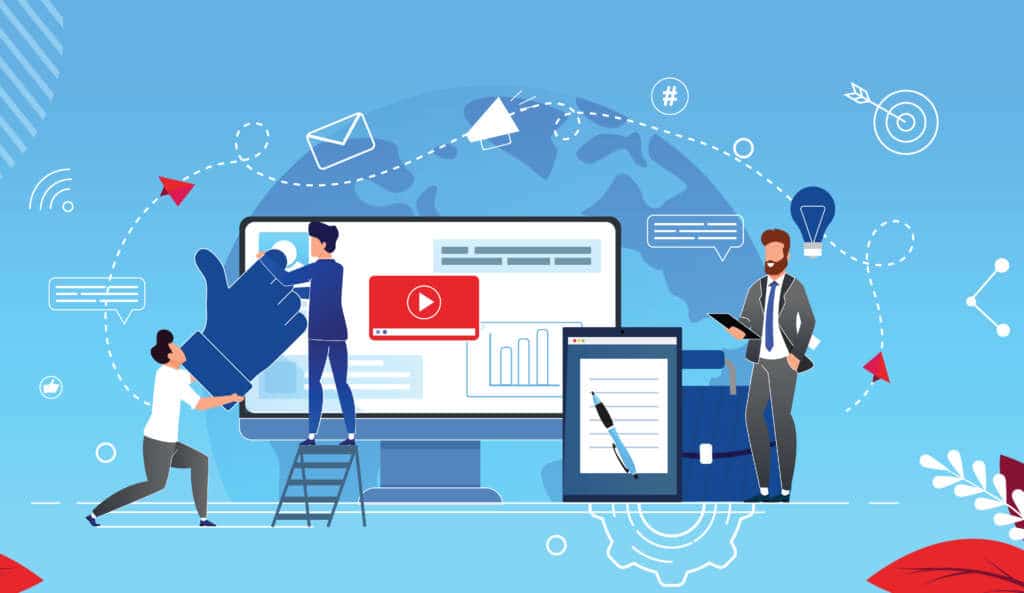 It was May of 2019 and I had just done something I never thought I would do. In a single afternoon, I had fired my entire sales team. At that time, our sales team had represented over half of our company. This was a scary moment for me and for everyone else involved at Tulip Media Group, but, if we wanted to go all-in and pursue a SMarketing strategy, it was a step we had to take.

Let me take you back 18 months to when this idea started to formulate.

In early 2018, I was participating in my business conclave meeting in Boston. At this particular meeting, a fellow member stood up in front of the class and talked about how he had completely turned his go-to-market strategy on its head. He owned a home construction and renovations company based in Denver, Colorado, and his business had been struggling to meet its growth objectives using a traditional sales approach.

For years, this colleague had struggled to meet his targets using a mobilized sales team. Then, one day, he walked in during an annual planning session and let the entire sales team go. He and his partner had decided it was time for the company to pursue a SMarketing strategy.

Conversely, as soon as the relationships were handed back to the salespeople, they would feel smothered by the pressure to close the sale and shut down again. The company lost a number of sales this way.

After observing this, my friend decided he would leave it entirely to his digital marketing strategy to bring people in, then allow the designers to take over by creating a model and closing the sale.

Most designers resisted the idea of closing because they had never seen themselves as salespeople and were nervous about performing in this role. My friend assured them it was easy, that once the customer had expressed their excitement with the model they’d created, the designer simply had to say, “That’s great. Let’s get started. Sign right here.”

He, too, was scared to death, but he was willing to bet the company on SMarketing. What he found was that by spring of that same year, his sales had grown by 12%. This was in contrast to the previous few years where sales had only grown by two to three percent each year.

As soon as I heard about this concept from my friend, I couldn’t shake it. I’ve read before that if you can’t get an idea out of your head after two weeks, maybe it really is an idea worth pursuing. Well, I was coming onto about a year where this idea hadn’t left me, but it was such a radical move that I was scared.

However, after countless discussions with my partners, we made the decision to take that same route. This decision was heavily influenced by a book I’d read by Justin Roff-Marsh called The Machine. His book deems the traditional sales process, where a sale is followed from start to finish by the same person, as inefficient. Instead, The Machine recommends an assembly line approach.

Just as Henry Ford made automotive assembly more efficient through this methodology, Roff-Marsh suggests that having an employee specialize in each component of the sales process will actually create a more efficient process.

For instance, at Tulip Media Group, we have an eight-step process. When I started to think about implementing Roff-Marsh’s methodology,

I looked at each step of the process and thought about who would be best suited to specialize in that position. As it turned out, the process did become more efficient when touched by five or more people.

Like Henry Ford’s assembly line, our refined process started out very labor-intensive. I resolved this by automating the first half of the process to make it even more consistent and efficient.

I knew implementing in stages was never going to happen for us. I had been trying for a long time, but employees had always become defensive or resisted. With the story of my colleague at the back of mind, I let our entire sales team go and implemented the process all at once.

Immediately after giving the sales team the bad news, I got together with my remaining team and explained what had happened. I explained the new process and sales automation strategy, coined SMarketing.

That first quarter, we hit our sales quota for the first time in over a year and a half. We were so confident in the momentum we were building that in the next quarter, we tripled our initial sales goal after hitting it just six weeks into the quarter. Every quarter since, we have increased and exceeded our sales goals, even during COVID, thanks to the roll-out of our SMarketing program.

This pivot was a scary moment and it was a hard moment. I had strong relationships and even friendships with all of my sales team, but I knew as a company owner that we had to have the courage to make this change.

We went from chasing 140 leads in a four-week period to about seven. Now the first time we ever speak with people is when they’ve made it clear they’re interested in talking to us and have been converted into real opportunities.

We’ve gone from missing sales quotas again and again to closing five times more business than we used to, and we’re doing it with no salespeople in the company. We’ve reduced our costs, increased our sales, and increased our sales trajectory. We’ve also integrated this program among our previous and existing Client-Partners and seen measurable results.

Today, I challenge you to look at your own business with this assembly line approach in mind. How would your operations change if your sales process became like a machine? How much would you save by not employing a sales team? I’d be happy to help you determine where you too can destroy what’s good in the pursuit of what’s great.

I look forward to hearing your story.