John DiJulius is a lot of things. He is a writer, a family man, a customer service guru, and a loyal leader. Underneath all of those titles are the core principles that make him who he is, and examining parts of his daily routine and the way he goes about accomplishing his goals puts those principles on full display.

Family has always been John’s number one priority. He was lucky enough to be married for 18 years and have three wonderful children before his wife tragically passed. Though that time was a significant struggle, he knew that he never had the option of hiding his head in the sand. He had to be strong and push forward. The support system provided by both his staff and his family helped tremendously with that.

If John could attribute one single attitude to his success, it is that you are the result of whatever you consistently do. “I gave it my best” is more of a platitude or an excuse. What you do in the moment matters, but it is what you have been doing to build up to that moment that really counts. The greatest accomplishments in history are the result of hundreds of iterations of ideas, not single moments. Don’t try your best; make things happen. In the words Will Durant used to summarize Aristotle: “…we are what we repeatedly do. Excellence, then, is not an act but a habit.”

Of course, no man is an island. The team that John employs and works with are passionate, sometimes seemingly more so than John himself in his own estimation. They motivate him and he motivates them in return. Loyalty goes both ways. A lot of people become acquaintances but few become true friends and team members. Those that do are interesting, unique, and very dedicated.

When someone speaks into your life, it means they are a trusted confidant whose advice you take to heart. For John, the people he keeps closest are also those people who he takes advice from, who speak into his life: his close friends, his fiancé and his three sons. They are not only the ones closest to him personally but all of them would be good mentors in their own right. All of them are role models that John looks up to, whether personally or professionally.

Role models don’t come easy, though. John has mentored many people in his life, and he has been mentored by many more. In terms of role models, he looks to leaders with ethics. People like Howard Schultz, former CEO of Starbucks. People who take care of the underdog and don’t accept the status quo. Above all, he is motivated by his own clients. They come to him because they expect excellence, and that expectation is what pushes John to excel.

The best advice he has ever received? A few things: A person is the average of the five people they spend the most time with, so it’s valuable to surround yourself with the highest quality people you can. Be appreciative of everything you get and everything that comes your way. Finally, be careful about Internet role models. It’s unrealistic to “follow your passion” and be passionate on day one. It’s not about how hard you work when you find your passion; it’s about the day-to-day grind of consistently making it a reality.

Being a man with a wide array of interests, John knows where his strengths lie. He focuses on customer service because it is his strongest area and he knows the value of developing that strength rather than spreading himself too thin. The future? In his view, the future of customer service is more like a return to the past. Relationships and rapport are quickly becoming a lost art. Older people are forced to move into technology in the modern touchscreen era, but there is so much tech that people don’t even know how to deal with real humans anymore once they actually get to them.

Employees become numb to customers during the daily grind. What may be a special one-time event for a customer is something an employee deals with constantly. Worse, most customer-facing employees are in an entirely different demographic than the people they deal with, so they don’t necessarily empathize with their unique struggles. Those employees need to think about what it is like to be a customer. Management needs to think about what it’s like to be one of those employees.

Above all, one thing that John preaches is that you have to love what you do. That means loving the customers. Loving the competition. Celebrating the clients through client appreciation events. Don’t dwell on the negative; talk about the positive clients and outcomes that make everyone look good. Build each other up. If a CEO doesn’t have time to make a call with John, he doesn’t want to work with them. “Don’t work with people who put up a fence to love.”

So what are the takeaways? How can one condense an entire lifestyle and business into a few simple sentences? Well, sometimes just a few words can mean more than they seem to at first glance. “Anything is possible” might be the best summary. Imagine the best for yourself and for the future. Imagine a future where people apply to work at businesses because of the reputation the business and the employees have. A future where people want to go to work and are happy to be there. One where reputation alone filters in the good, quality people and filters out the people who aren’t the right fit.

Anything, truly, is possible. 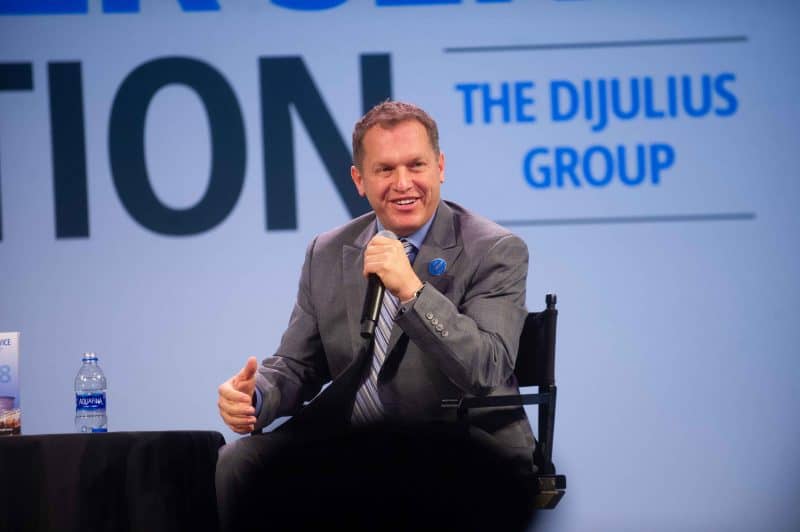 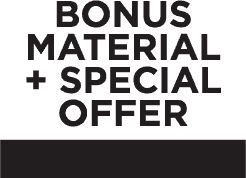