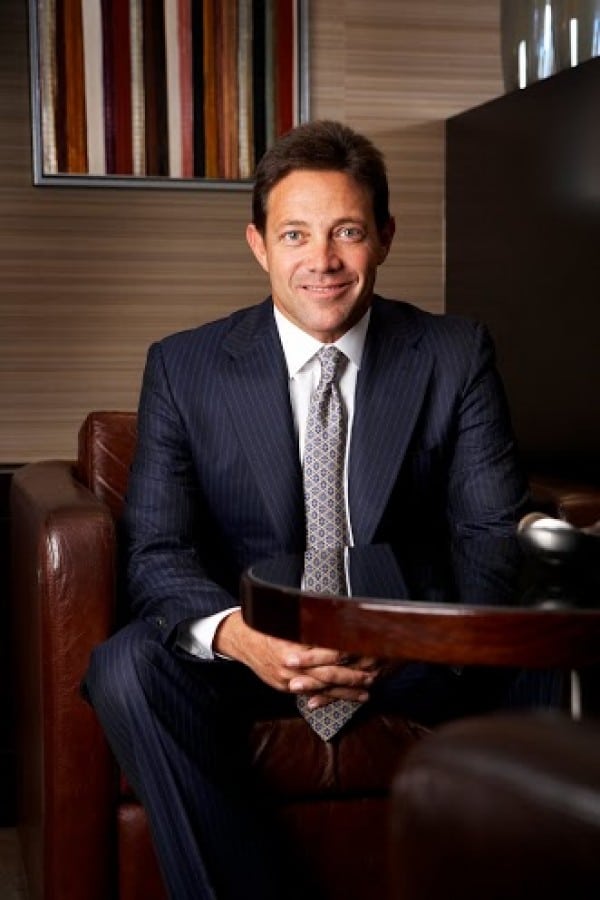 In the 1990s, Jordan Belfort built one of the most dynamic and successful sales organizations in Wall Street history. During that time, he soared to the highest financial heights, earning over $50 million a year, a feat that coined him the name “The Wolf of Wall Street.”

As the owner of Stratton Oakmont, Belfort employed over 1,000 stockbrokers and raised over $1.5 billion and started more than 30 million-dollar-companies from scratch.

He’s acted as a consultant to more than 50 public companies and has been written about in virtually every major newspaper and magazine in the world, including The New York Times, The Wall Street Journal, The Los Angeles Times, The London Times, The Herald Tribune, Le Monde, Corriere della Serra, Forbes, Business Week, Paris Match and Rolling Stone.

Today, his proprietary Straight Line System allows him to take virtually any company or individual, regardless of age, race, sex, educational background or social status, and empower them to create massive wealth, abundance, and entrepreneurial success, without sacrificing integrity or ethics. Jordan’s two international bestselling memoirs, The Wolf of Wall Street and Catching the Wolf of Wall Street, have been published in over 40 countries and translated into eighteen languages. His life story has been turned in to a major motion picture starring Leonardo DiCaprio and directed by Martin Scorsese.