Disney:
Creating A Culture Of Happiness 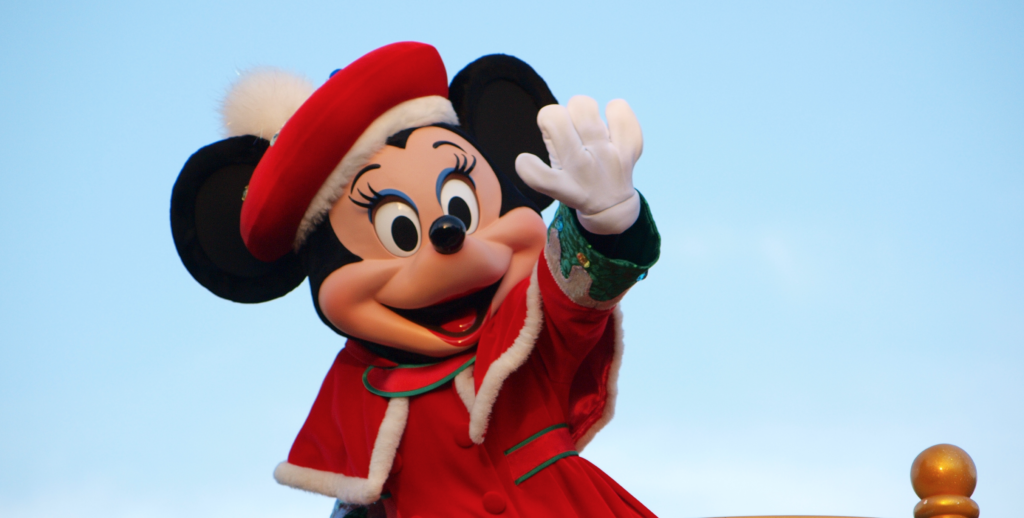 Founded in 1923 by brothers Roy and Walt Disney, Disney has become the largest and most profitable media and entertainment organization in the world. With over 330 retail stores, four Disney cruises, 12 theme parks, and special attractions like Disney on Broadway, it has been spreading magic everywhere for almost 100 years. In this article, we’re going to explore the company culture of Disney to better understand how they continue to captivate people across the globe.

MY EXPERIENCE AT DISNEY

I wanted to examine the culture at Disney because I’ve actually had the pleasure of being a Disney cast member. Back in 1999, long before I started thinking about company culture, I joined the Disney team at one of their retail locations, and I got to experience what it meant to be a valued Disney employee.

I immediately observed the difference in how Disney treats their staff versus other companies. The first thing I noticed working with Disney is that the goal is to make every experience magical. This was evident from the second the onboarding process began. There was an emphasis on treating their staff as guests in order to create a sense of belonging, devotion, and employees who wanted to exceed customer expectations. Walt Disney knew that the secret to designing the “happiest place on earth” started with having the happiest, most dedicated employees, and his dream has lived on long after his death through the organizational culture he created.

Skip to today, and I knew I had to study Disney’s company culture because of the exceptional experiences I’ve had both as a staff member and visitor throughout the years. I dove into a few books to supplement my knowledge even further, including Be Our Guest by The Disney Institute with Theodore Kinni, The Disney Difference by Wayne Olson, and Who Was Walt Disney? by Whitney Stewart. Each of these reads gave me further insight into the culture behind the company, and I recommend these to anyone interested in learning more about the rich history and company culture of Disney.

Walt Disney understood that “you can design and create and build the most wonderful place in the world, but it takes people to make the dream a reality.” Walt Disney knew that to bring his dream to life, he needed employees who would share his values and carry out the magic of Disney in every nook and cranny of their daily deeds. From the moment they stepped on Disney grounds, he needed them to become part of the dream.

As a company dedicated to producing beloved animated movies and theme parks, creating a positive tone is of the utmost importance and starts by creating an organizational culture that exceeds the employee’s expectations first. Once this is successfully completed, Disney cast members can deliver on their promise to provide the most uplifting experience they possibly can for guests.

One thing about Disney is that they are never satisfied with second best. Since its inception, there has always been an emphasis on creating new experiences, stories, and modes of entertainment. And the cast members are a significant part of this innovation since they are the ones that bridge the gap between ideation and execution for the public to enjoy.

Disney employees are held to a nearly unmatched standard of excellence since they are the global brand ambassadors at the ground level. Therefore, you’ll never see characters at Disney theme parks unless they are in full costume and in character. Ultimately, the magical illusion must never be shattered, and Walt Disney made sure of this by having a series of secret tunnels for the characters to move easily throughout the park without being in plain sight.

Disney team members strive to provide the highest-grade entertainment and media services available today. This quality can be observed throughout each of Disney’s offerings and seen in even the smallest of details. For example, did you know that even the cast member’s hair, makeup, and costuming are scrutinized until they’re perfect so that every guest can enjoy the full magic that Disney has to offer?

The Disney community has grown far past anything the founders could have expected, yet the community has been a keystone in their core values since the beginning. The job of a Disney cast member is to help cultivate these relationships and create memories that last a lifetime. Plus, platforms like Disney+ have made being a part of the movement even more accessible as parents and kids alike can join in on the fun from the comfort of their own homes.

Storytelling is the process of using fact and narrative to communicate something to your audience, and Disney is 100% dedicated to engaging storytelling. In fact, at this point, the terms Disney and storytelling seem almost synonymous, thanks to no small effort from the Disney team members. Walt Disney knew that the magic was in the storytelling, so it continues to be a pervasive core value and one that each cast member works to honor each day.

You’d never realize it as a spectator, but every move of the Disney team members is highly choreographed and organized to provide the best experience for guests. Not only is each detail mapped out but the staff must also be familiar with all Disney characters before their on-stage debut. Furthermore, actors must stay completely in character the entire time they are on stage so as not to break the magical spell they’re weaving.

Each cast member’s attention to detail and integrity is a critical factor in creating the company culture of innovative storytelling that emphasizes community, quality, and decency.

Walt Disney knew that the people involved in the experiences turn dreams into reality. That’s why Disney holds firm to the belief that by investing in its greatest assets—its cast members—they can continue a path to success. Similarly, we at Tulip Media Group aspire to cultivate this strong sense of culture for ourselves and our Client-Partners, and this has been a driving force in our exponential growth over the past few years.

So, if it’s time to transform your company culture with our magical marketing moves, we invite you to reach out to us regarding your current strategy. Our experts can provide guidance with an actionable plan to achieve the results you’ve been searching for. For more information, book a demo with us online at TulipMediaGroup.com.