Right from the start, A.I.M. Mutual has been different. That, of course, is by design.

Generally speaking, workers’ compensation insurance is required by law in most states. So what’s the differentiator? It lies in how well that business is managed and serviced, according to A.I.M. Mutual’s VP of Sales & Marketing Dan Landers. A.I.M. Mutual, a monoline workers’ compensation insurer based in Burlington, Massachusetts, is singularly focused on those deliverables.

“We’ve built a reputation throughout New England that’s unique,” Dan says. “Our broker partners know we will work with them and with their insured clients to reduce accident risk in the workplace, raise levels of health awareness, and facilitate care for injured workers. Our medical care affiliations and exceptional staff help make that possible, and we’ve had great success.”

Service, in fact, has been A.I.M. Mutual’s hallmark for 30 years. Today, more than 18,000 employers count on A.I.M. Mutual for workers’ compensation coverage and the expertise it offers to a wide range of industries. Recently, that expertise turned out to be a perfect fit for the New England Patriots, a partnership that began in the summer of 2019.

A.I.M. Mutual insures “the team behind the team” at Gillette Stadium—namely the front office and stadium personnel—in Foxborough, Massachusetts. The company’s broker-centric staff works closely with the Cross Insurance Agency, the longtime broker for the New England Patriots. The Cross Insurance Agency had been looking for a new insurer to provide workers’ compensation to the staff of the team and reached out to A.I.M. Mutual. Discussions got under way nearly a year before the coverage took effect to ensure service expectations were well defined. And on July 1, football season kicked off in earnest at A.I.M. Mutual.

“We appreciate the confidence Jonathan Cross, principal at Cross Insurance Agency, and the Patriots placed in us to make this partnership possible,” Dan said. “We look forward to a fruitful relationship continuing long into the future.”

For the Patriots and for all policyholders, A.I.M. Mutual focuses on every aspect of workers’ compensation insurance management, ranging from underwriting, audit, and claim to injury prevention and worksite wellness. That attention to detail took root in 1989.

Responding to a Crisis

The concept caught on, and by 1994, the company had become a mutual insurer known as A.I.M. Mutual, initially placing a heavy focus on the Massachusetts market.

Expansion would come soon. Policyholders with locations in nearby states needed coverage, so the company began to grow, first with New Hampshire in 2001. In 2013 and 2017, A.I.M. Mutual became licensed to write business in Connecticut and Vermont, respectively. In 2019, almost to the day of the company’s 30th anniversary, A.I.M. Mutual added Maine to its coverage territory.

Through these periods of growth, the company has maintained its steady focus on what it has always been known for: providing quality services and responding to what policyholders and brokers really need. It continues to be sponsored by Associated Industries of Massachusetts. 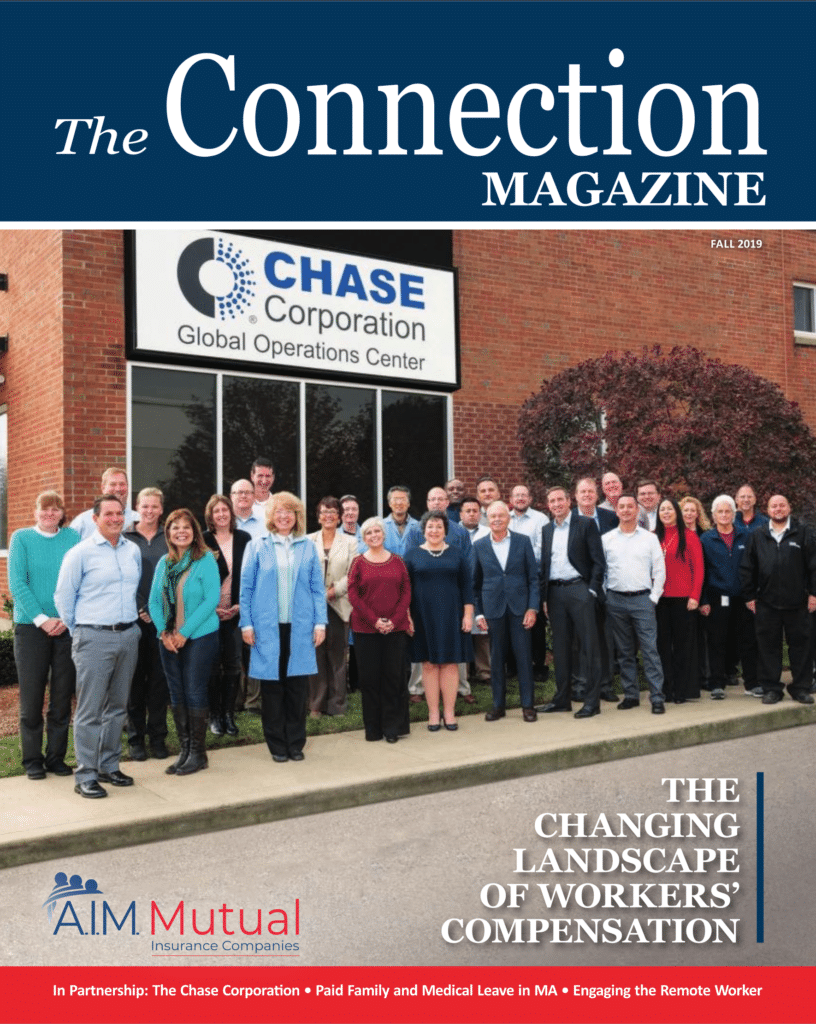 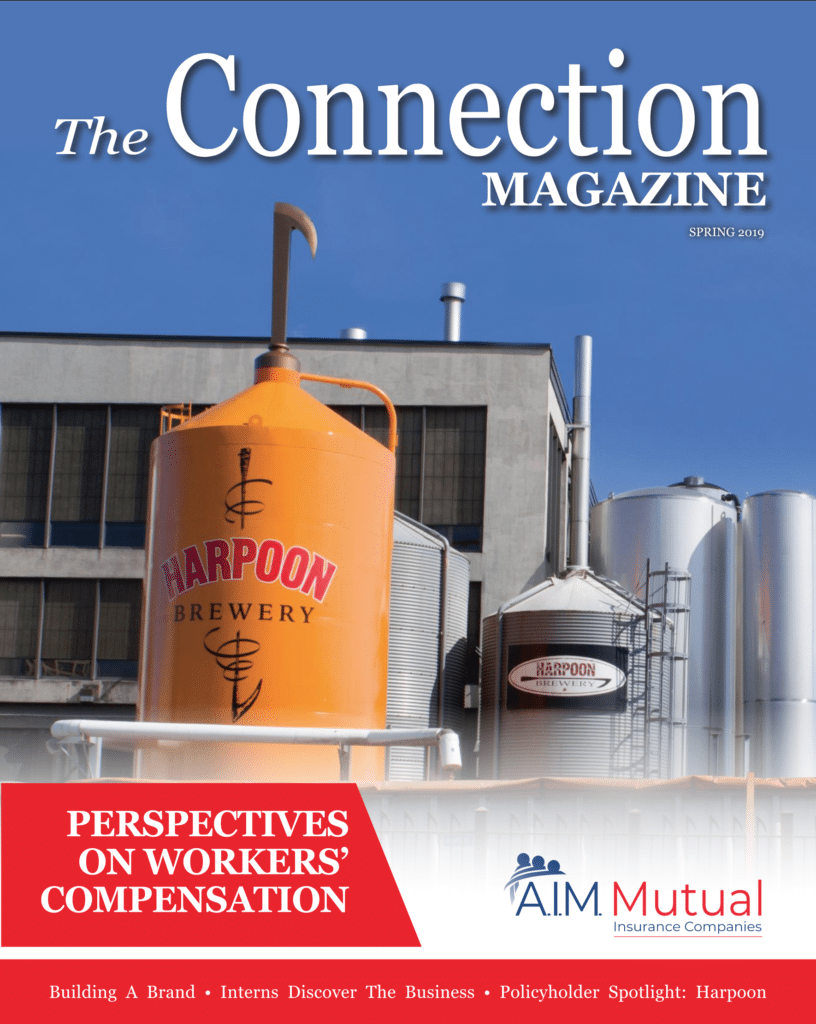 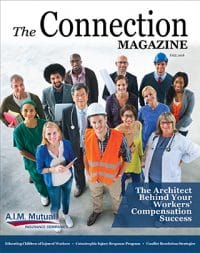 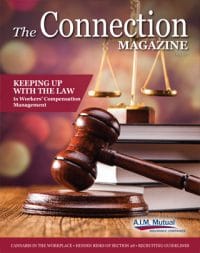 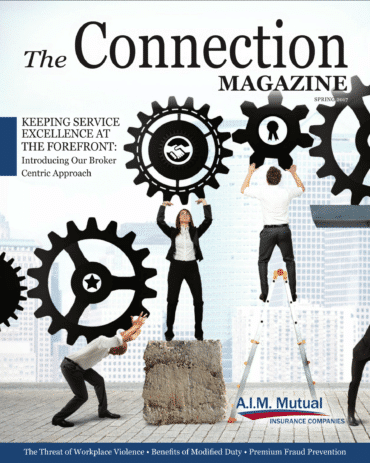 In 2013, A.I.M. Mutual launched a wellness initiative to better serve its policyholders. Prior to that, the company operated based on a traditional loss control model. That model put the focus strictly on preventing injuries from happening, analyzing what went wrong in certain situations, and addressing those issues. While this approach led to reduced injury frequency, it did not consider the severity of the injuries.

A.I.M. Mutual took a closer look at those analytics and determined an employee’s health at the time of injury directly correlated to recovery time. A person who smoked or had a chronic issue like obesity or diabetes may take much longer to recover than someone who wasn’t facing those issues. By building wellness into injury prevention, employers could help educate people about their physical health, generally improving the quality of life. The wellness initiative bolsters health by promoting exercise, proper nutrition, and making better choices—such as not smoking—while also providing workers with ways to combat stress, sleep deprivation, and other factors.

As for results, one policyholder reported that 75 percent of its employees smoked four years ago. Today, with wellness programming in place, less than one-third smoke. The wellness initiative not only helps employers to manage claims but also leads to a healthier, safer, and more productive workforce. A.I.M. Mutual was not only the first carrier to employ this type of system, but it is also the one pushing the boundaries of how wellness is viewed.

As with any business, A.I.M. Mutual understands the importance of marketing in its business strategy. One effective tool at its disposal is Tulip Media, publisher of A.I.M. Mutual’s semi-annual magazine, The Connection. The relationship began three years ago, and since then, the magazine in print and digital form has gone out to agents and brokers in all the areas that A.I.M. Mutual serves. It highlights important issues, spotlights policyholders, and puts thought leadership on display through articles authored by subject matter experts. With Tulip Media handling the distribution and actual publication, the message is far-reaching.

To put it plainly, A.I.M. Mutual began as a way to provide workers’ compensation insurance to the people who needed it, and that mission continues to this day. A.I.M. Mutual credits its success to having the right people in place. It doesn’t matter how good an idea is or how great a business plan is: to effect real change, you need the right staff with the right experience, working together toward a common goal.

Contact Us To Learn More About Our Magazine Programs